-
This week, the City of Dayton Landmark Commission reviewed a very special case. The owner of the vacant lot at 155 High Street is proposing to rebuild his childhood home, which reportedly burned down in the late 1970's. The Landmark Commission is responsible for reviewing any major structural changes to properties located in Dayton's registered historic districts, such as St. Anne's Hill.

The plans call for a 2-story brick home with a metal roof. The plans presented to the Landmark Commission appeared to be a faithful reproduction of the original home, based on historical photographs and the owner's personal recollections. Interestingly, the owner noted that Josie Street was originally an alley before Route 35 was built. 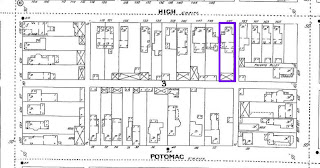 The Landmarks Commission made several minor but important suggestions to help recreate the original character of the home, such as the size, shape, or materials of the windows, doors, and eaves. Overall, they were very supportive of the plans, as is the Board of Directors for the St. Anne's Hill Historic Society.


The next step will be for the owner to revise his plans according to these suggestions, and then submit them for building code and zoning code reviews. There may be some issues with setbacks, fire codes, and lot lines but it appears the plan was generally acceptable to the City's Planning Department.

According to informed sources, this is the first new home proposed for St. Anne's Hill in many, many years. Since it will be an accurate recreation of the original structure, it should be a great addition to the neighborhood.

Stay tuned to this blog for more news about this exciting development! 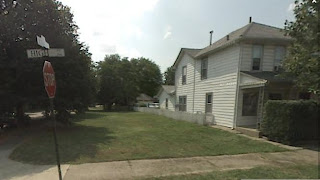 Great news for SAH. Keep us posted on the progress.

How interesting…Thank you for posting this! Please continue to keep all of us updated.